It’s all fun and games until 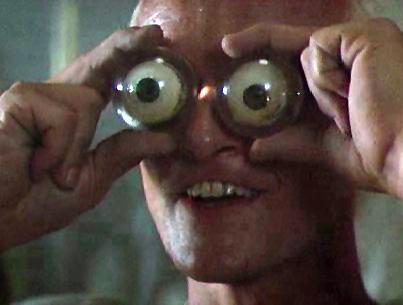 As we mature and become older and wiser, we must learn to gracefully surrender the things of youth.  Today I surrender the lenses in my eyeballs.  I am no more apprehensive of this than anyone would be about a stranger digging around in their eye with a sharp stick.

My wife came to bed last night, and I confessed that I was somewhat nervous about this procedure.  She said that they would give me something to calm me down.  I noted that I had spoken with several people who had gone through cataract surgery, and none of them mentioned that.

“Well they’re going to have to give you something to keep you under control,” she said.

“You make it sound like Civil War surgery,” I replied, “HOLD HIM DOWN BOYS! I’M GOING TO START CUTTING – I’LL SAW AS FAST AS I CAN!”

Earlier, I did some reading on the internet, and discovered that cataract surgery has been going on for thousands of years.  The ancient Greeks practiced cataract surgery, and in much the same way as it is done today: they scratched around in the eyeball with a sharp stick.  When I mentioned these results of my reading to the surgeon, he told me that the ancient Chinese were treating cataracts even earlier, by just whapping the eye with a hammer and knocking the cataract right out.  He quickly pointed out that he would not be using that technique.  However he did say that he had the surgery down to where he can get it done in about five minutes.  I’m not sure if that was supposed to be reassuring or what.  I’d just as soon he take his time.