It’s August, and that means another trip to the Kentucky State Fair.  It dawned bright, beautiful, and considerably cooler than usual this morning as we got up and headed to the fairgrounds. 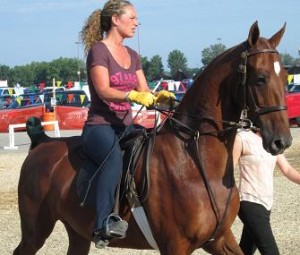 First, we went to where the horses were practising for the show that day.  We saw several impressive animals.

Then we went to see some more animals.  My favorite, of course, is seeing the rabbits, but they are only exhibited the first few days of the fair, and so we were going to miss them this year.  We followed our noses through the halls until we came upon the dairy cows. 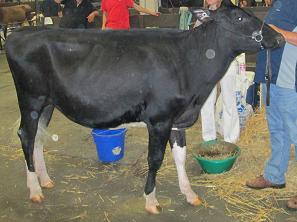 There were some very pretty bovines there, even to my untrained eye.  CVH, who spent time in dairy barns as a small girl, pointed out this potential ribbon winner. (Those spots are lens flare, not cow deformities.)

We followed another fellow leading a lovely Brown Swiss to be milked.  Here is the shower room where the cows are washed off before being milked. 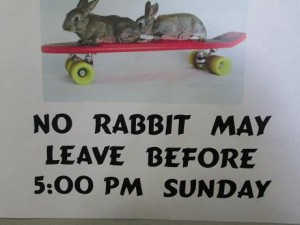 Leaving the dairy barn, we came to where the rabbits are shown.  Much to my surprise and delight, the rabbits were still there!  Although this was the day the rabbits moved out, they couldn’t leave until that afternoon.  We saw award winning Rex, Polish, Angora, Lop, Dutch, Harlequin, Flemish Giant, Nederland (or Netherland, depending on how native you wanted to go), Dwarf, Cinnamon, Florida White, Tans, Lionheads, and others that I can’t remember. 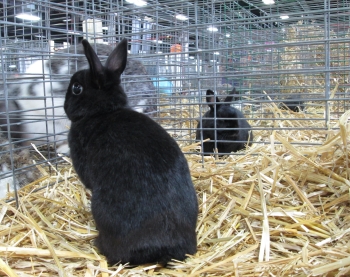 CVH said said she couldn’t believe how many darn rabbits there were.

At one point we overheard some exhibitors talking about how the night before some criminals had sneaked in and purloined some of the pets.  That is, filched some fur.  Copped some coneys.  Lifted some lapines.  Borrowed some bunnies.  Kidnapped some cottontail.  In other words, rabbit rustlers! 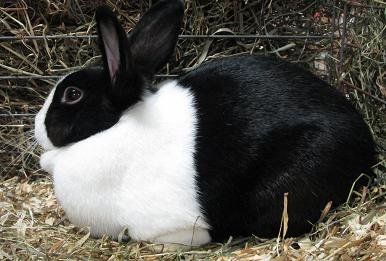 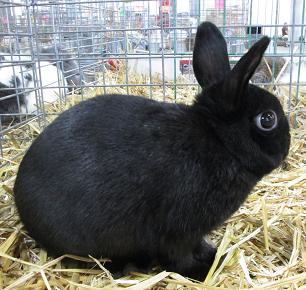 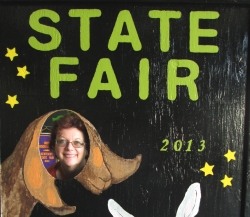 Next to the rabbits were dairy goats.  I watched one being milked.  CVH said it looked a lot easier than milking a cow, but she gamely posed for a portrait anyway.

By now we’d worked up an appetite and stepped outside the rabbit barn to the best eats at the fair.  No, not the “sloppy doughnut” or fried kool-aid, but the freshly hand-dipped corndogs at the Kentucky corn producers Corn Shack. 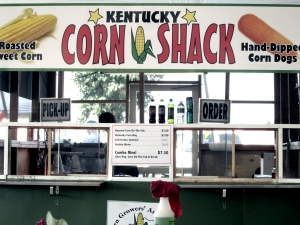 With food still on our minds, it was off to the food exhibits.  There were the usual giant pumpkins, huge bell peppers, and so-so looking eggplant (I keep saying one year I’m going to enter my eggplant, as they always look better than the fair winners).  The most impressive displays were the combination displays of multiple vegetables, as they require both gardening and artistic skill.  “How do they do such lovely arrangements?” CVH asked.  “They bought most of that at Kroger,” I whispered.  “It’s the dirty little secret of the fair that no one wants to talk about.” 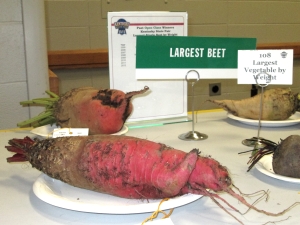 We did get to see the champion Largest Beet.

But time was fleeing on its winged path, and if we did not get back to the other side of the fair, we were going to miss the Amazing Dobermans.  The Amazing Dobermans is a small (real small) circus of some dogs doing cute tricks.  It was fun, and I did get my picture taken with them. 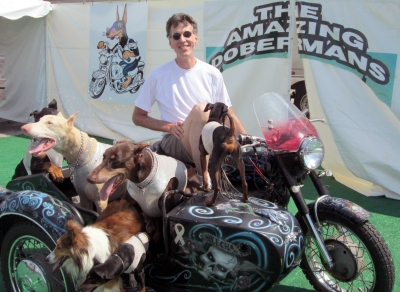 You can see me in my new cheap sunglasses that I bought at the fair.  They were sold as John Lennon style, but they make me look more like Dr Strangelove. 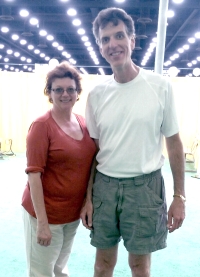 Us at the Humana booth

We went through the health fair on our way to “The Pride Of The Counties” and got this photo outside the Humana booth.

On the way out, someone was making ice cream.  The churns were powered by an old hit-and-miss engine, one of my favorite machines.