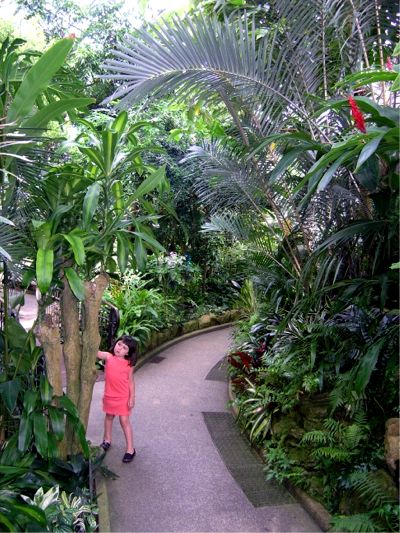 It’s Sunday and we finally made it into Ohio for the first time (technically, we might have been in Ohio when the ferry made landfall the other night, but I’m not sure).  We visited the Krohn conservatory in Eden park, a must-see if you are visiting Cincinnati.  The conservatory has a stunning garden of tropicals with an indoor waterfall as well as several other lush indoor gardens. 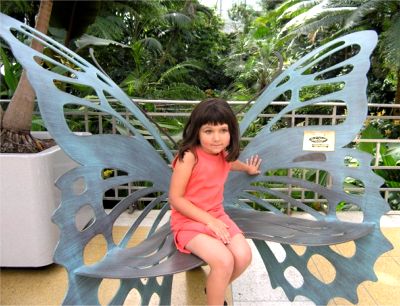 Too bad grandma was in a class all day; she would have certainly loved to see this. 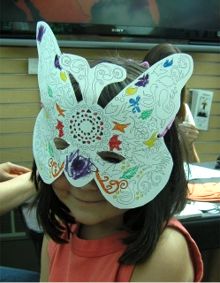 As an extra bonus, while we were there, we saw the special “butterflies of Japan” exhibit.  After visiting the children’s craft area (where we made this butterfly mask), GC and I went into a section of the conservatory where there were thousands and thousands of butterflies flying freely about.  Truly a stunning display. 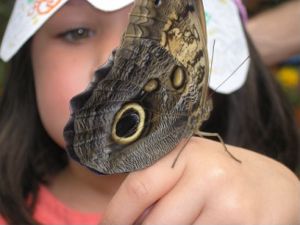 Several of them would alight on our fingers and shoulders.  GC was captivated.  If you go, go early; we arrived shortly after opening, and it was fairly crowded already. it was queuing up by the time we left.

After we left the conservatory, we drove around the park to the river outlook.  At this point you can really see how the river has cut its valley out of the rock.   Grandpa found this interesting.  GC found it more interesting that you can also see a lot of ducks in the nearby pond.  After chasing the ducks around for about fifteen minutes, we left the park and tried to find the children’s museum.  It is not intuitively obvious how to get to the museum from the park and I was certainly glad that we were driving around on Sunday afternoon and not trying to dodge weekday traffic.  I also determined that as nice a place as Cincinnati is to visit in the summer, I would not want to have to navigate those hills in the winter. 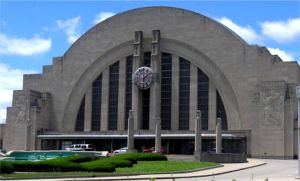 We did eventually find the museum center; it is carved out of the old Union Station, and makes an impressive sight as you drive up to it.  Unfortunately, when we arrived, grandpa discovered that he had left all his money in his other pants back in the hotel room.  GC took it well, and patiently endured the trip back into Kentucky, to the hotel, and back to the museum. 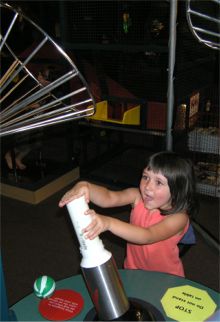 There are several museums in the old train terminal; we only did the Children’s.  That was enough.  I don’t know if GC learned much, but she certainly had a lot of fun. There was the water works (like the one in Louisville), and there was a huge jungle gym-like area made up like a series of tree houses in the woods (it was called “The Woods”). 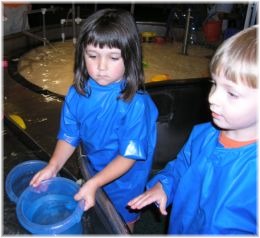 Up and down and through tunnels and slides it went on for about an hour.  There was one minor crisis when GC would not come down from the top level because she had lost one of her shoes.  Eventually, though, the shoe was found, and the crisis passed. 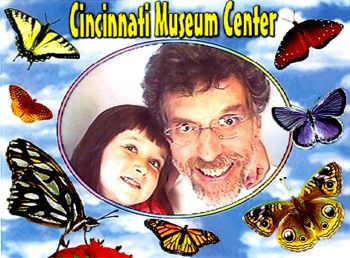 On the way out of the museum, we had this souvenir photo made.