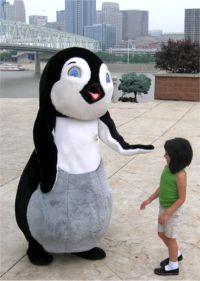 Now, this morning we all headed into Newport, Kentucky, just across the river from Cincinnati proper to visit the famed Newport Aquarium.  The Aquarium is not cheap, but it is quite an engineering feat.

We saw a lot of fish.  A lot.  We also saw eels, and a giant octopus, and we visited the frog bog where we made a lot of frog sounds.  The jellyfish room was the most fascinating to grandpa, although GC wasn’t very impressed.  We fed the lorikeets in the rainforest exhibit (Lorikeets?  In an aquarium?  Bear in mind that they get an extra $2 out of you.) The “World rivers” exhibit showed a variety of fish from all over the world (the Mekong was particularly interesting). 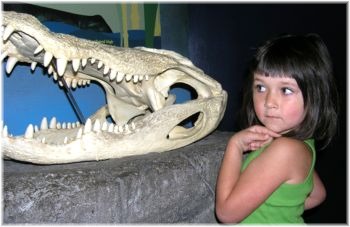 The Amazon river exhibit is a thirty-foot long tunnel inside of a 117,000 gallon tank that allows the fish to glide so closely and clearly that you think you can just reach out and grab them.  But the high point of the aquarium is the eighty-five foot tunnel through 185,000 gallons of water filled with sharks, rays, and reef fish.  Here we saw sharks as close as we would ever want to and maybe even closer.  After you leave the shark tank, you can visit a little “petting tank” where you can pet small sharks as they swim by.  Finally, there is the penguin exhibit, which makes all the kids laugh.  It is sponsored by Kroger (which is headquartered in Cincinnati).  While we were watching the penguins dart around, what I suppose you would call the penguin pen maintenance person came out to spray the guano off the rocks. 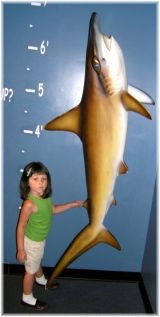 “Four years of studying zoology,” I thought, “on your way to your Masters degree, and this is what you get to do all summer.” 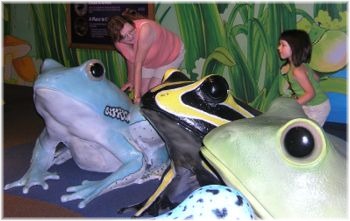 I don’t know that the aquarium is the kind of place that you would want to visit every year, but it’s worth at least one trip if you’re in the Cincinnati area.

After lunch, we drove down to Rabbit Hash, Kentucky.  We had seen it featured on “Kentucky Life” (our favorite TV show), but I have to say that a trip to Rabbit Hash is more about the journey than the destination.  It is a pretty drive through the rural hills and dales of the Ohio River valley and you do end up at the Rabbit Hash general store.  The store is an old-fashioned conglomeration of everyday items and old junk, but it is all reasonably priced. 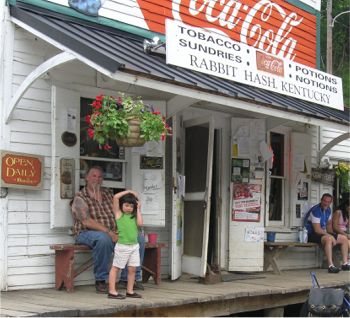 On the way back, we drove right by the Creation Museum; it was only about ten minutes from the hotel, but we did not stop.