How can a cave be above ground?  Well, what I really mean is Mammoth Cave National Park above ground. 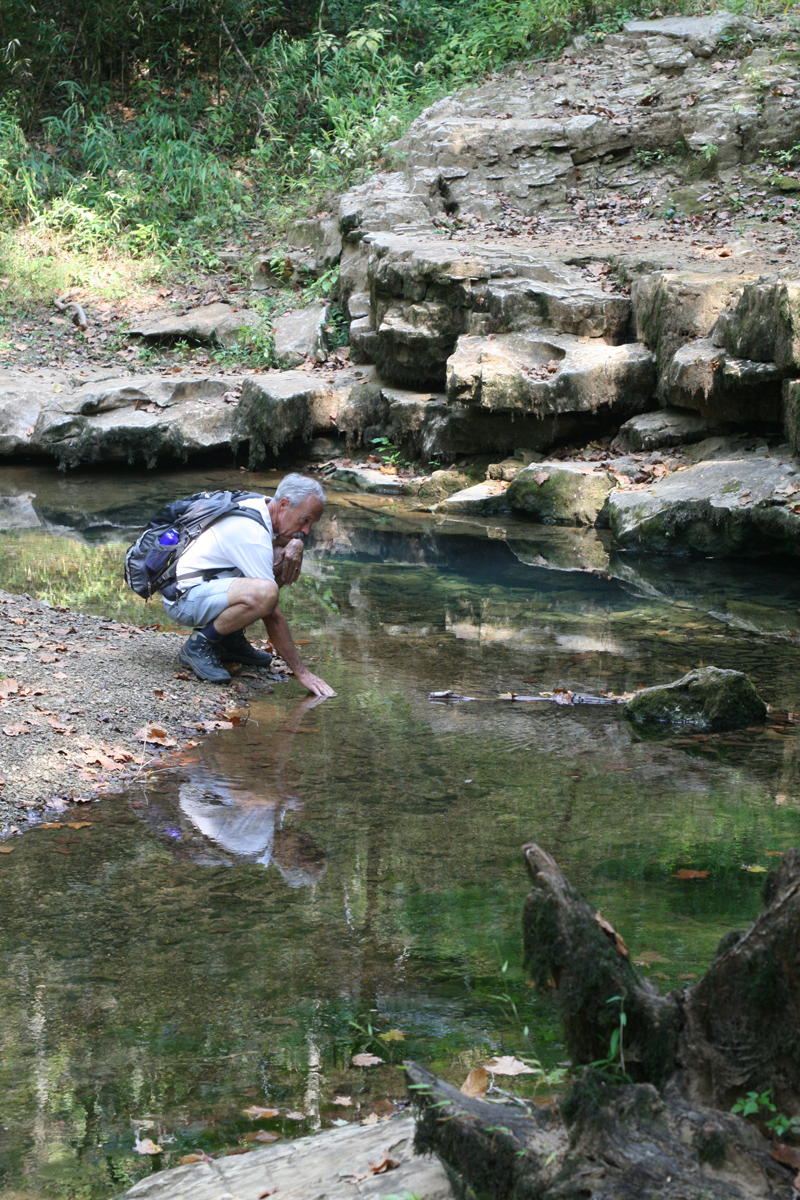 After completing our underground tour, it was such a nice day that we decided to stay topside.  There was tour that took us to one of the cave’s “exits”, that is, where the underground river that is carving the cave emerges from the ground as a spring.  This time our guide was a young man whose day job was doing mine water remediation and reclamation projects for the state.  On weekends he comes and works at the park.  He told us all about the local geology, how the aerated rainwater seeps down into the cave, why the water coming out of the cave has a green tint, how several communities were relocated in order to create the park, and fascinating tales of survey expeditions in the cave.  At times, the rangers will go into the cave, up to days at a time, crawling through and mapping new parts.