The Museum of Gold

The sun came jumping up this morning, as it does every morning down here. At just under ten degrees north of the equator, it stays high and goes screaming across the sky all day until plunging behind the volcanoes to the west.

San José sits between two long mountain ranges in what is called the Central Valley. The majority of Costa Ricans (known as Ticos) live in the Central Valley, I’m guessing because the weather is so pleasant (many houses need neither A/C or furnaces; you just open the window). That equatorial sun is fierce though, and I was surprised that I was one of the very few people wearing a hat. 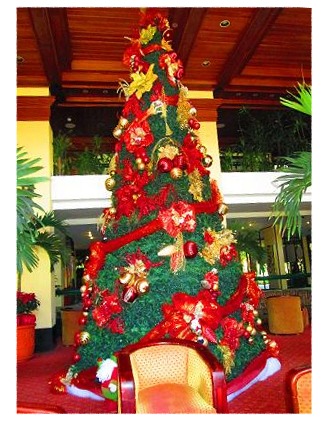 Before we took off for the day, CVH had me take this picture of the hotel Christmas tree. It is typical of the commercially displayed trees that we saw. 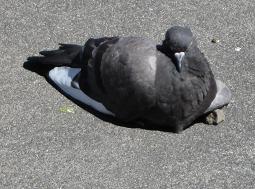 We went into the museums and first saw an exhibit on Costa Rican currency (numismatics). Like most other countries, their paper currency is more attractive than that of the U.S., and all the time that we were there, I got a kick out of looking at my paper money. (Their coins, however, are boooring.) Typical is this close-up of a 1000 colones bill, showing the national tree, a hoofed animal, a flower, a scorpion, and other flora and fauna. 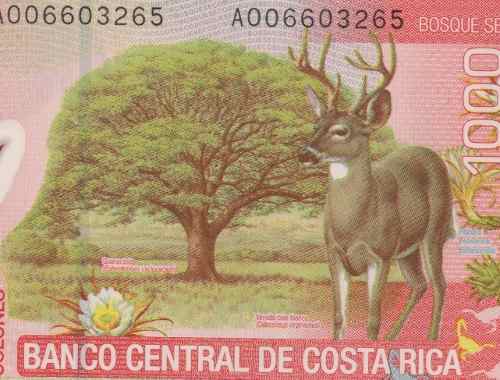 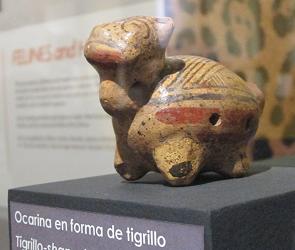 Next was a exhibit on the archeology of the big cats of Costa Rica: how the Puma, Jaguar, Tigrillo, Ocelot, Caucel, and Jaguarundi have been depicted throughout the ages. There were several pre-Columbian artifacts, including this cute ocarina. 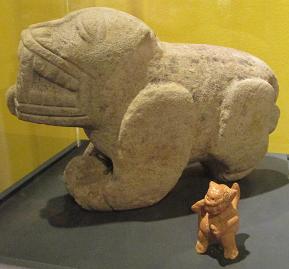 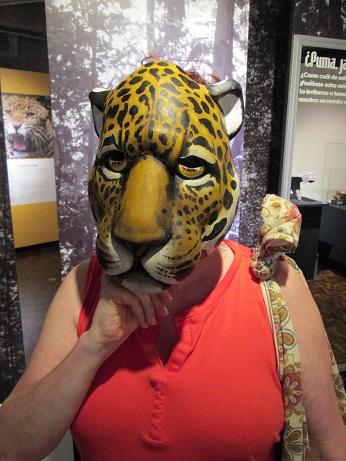 I even got CVH to unleash her inner Jaguar (momentarily).

Next was the Museum of Gold. This absolutely amazing collection of pre-Columbian gold and precious metal artifacts captivated me. There were owls and crawfish and people and many other creatures depicted. My pictures below can’t do them justice, but here’s a taste: 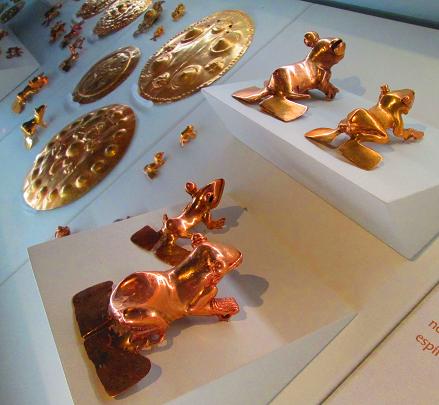 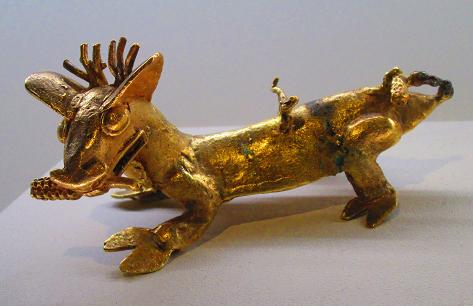 After all that museum-going, we were hungry, so we ducked into Cafecito y Algo Más, a small restaurant on Calle Siete downtown. We had the basic businessman’s lunch: fish or chicken, rice and beans (of course), vegetables, salad, pumpkin soup, coffee, and dessert.

Nearby is Seventh Street Books, a book store that caters primarily to the English language crowd. For a small store, they had an impressive selection; still, if I lived here, I think an e-reader would be a necessity.

We walked back across downtown San José to the old Post Office in an attempt to visit the philatelic museum, but the museum was closed for the holidays. 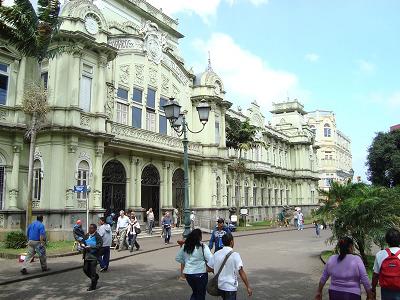