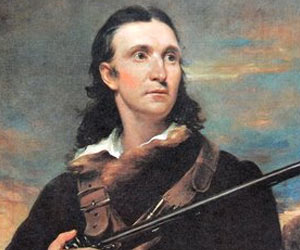 This weekend, the Kentucky contingent of the American Association of University Women held its annual convention in the town that bills itself as “Kentucky’s Fourth Largest City”.   CVH is an officer of the local AAUW chapter, and went to help represent her branch.  I drove the car.

CVH is a bird lover, and since today was John James Audubon’s birthday, and we were headed into the heart of Audubon country, we decided to include some Audubon-related activities in our day.  Just outside of Owensboro, there was a small sign pointing the way to “Audubon sanctuary”.  Well, that sounded exactly like what we were looking for, so we turned around and headed down the road to check it out.

We shortly arrived at a fancy contemporary subdivision.  You know the type – big box houses on disproportionally tiny lots with impeccably groomed shrubbery and a golf course out back.  Near the entrance of this suburb there was a small stock pond, a stand of trees, and a parking area labelled “Audubon Sanctuary”.  Admittedly, there were a number of birds there, but whether they had found sanctuary I cannot say.  The whole thing smelled of some deal the developer cut to get access to the land.

We spent five minutes traversing the sanctuary, and then got back in the car and headed into Owensboro.  When we got to town, CVH was hungry and wanted to try some of the famous Owensboro barbeque.  We pulled into Ole South Barbeque for some chopped pork and smoked turkey, which you can get at ten o’clock in the morning in Owensboro.  CVH agreed that Owensboro-style barbeque is interesting.

Thus fortified, we headed on out past Owensboro to Henderson, where the official J.J. Audubon state park lies.  Now this is a nice park; it was created as a Civilian Conservation Corps project back during the Great Depression.  They have a bird viewing area where we saw several birds including a red-bellied woodpecker.  There was an exhibit area showcasing works by local painters.  There were lovely easy trails through the woods which led to a little lake. 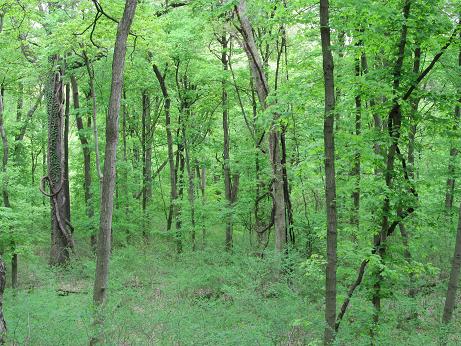 The woods contain an incredible number of huge grapevines, some of which you can see in this photo above (they’re the dark gnarly twisting things). 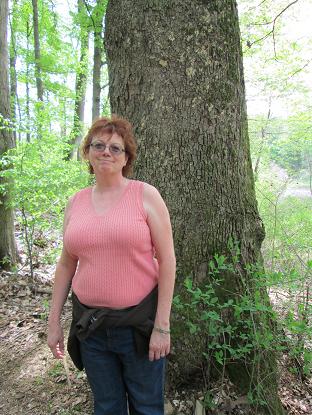 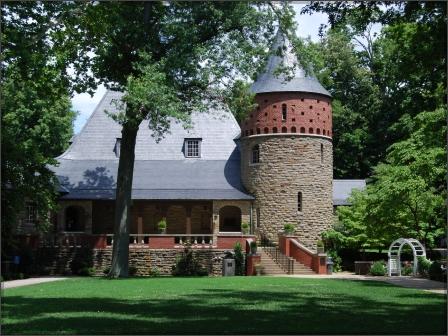 After visiting the woods, we toured the Audubon museum there at the park.  This is an impressive museum.  They have one of the largest collections of original Audubon bird prints in the world, including a set of the giant life-size double-elephant Birds of North America (the four volume set is worth about nine million dollars).  For a taste, you can view the University of Michigan’s copy of Birds of North America  online.   Unfortunately for those of us who are more into real animals, they don’t have as much from his Viviparous Quadrupeds of America, but this park is definitely a must-see if you’re in Western Kentucky. 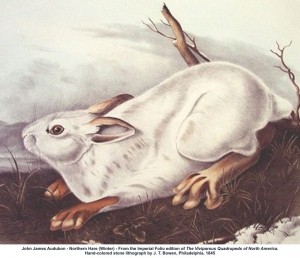