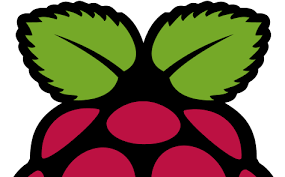 An old friend of mine just gave me a Raspberry Pi.  It is so cool!

When I opened the box, CVH asked “What is it?”

“An old-timey computer, or a new computer?”

After I got it connected and booted up, I was amazed at what the little critter could do.  I thought, “If we only had toys like this when I was a kid, instead of the plastic crap that we did, who knows how I might have turned out?”

That evening, I watched a great sci-fi film from 1936, “Things to Come” (screenplay by H.G. Wells).  At the beginning of the movie, which is set at Christmas 1936, an old grandpa character looks at a tin horse that one of the children has received, and exclaims, “These toys today are so much more intricate and complicated than the toys we had when I was a child.”  I thought there’s a difference between a carved wooden horse and a mechanical tin horse, and an entirely different difference between a tin horse and a Raspberry Pi!  We can’t even begin to imagine what our grand-children’s toys are going to look like.

This entry was posted in The Modern Condition. Bookmark the permalink.