Can’t get there from here 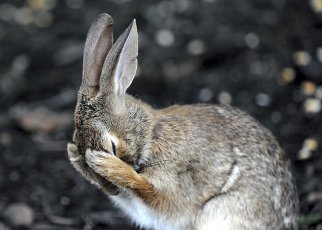 I am so confused.

When we lived in Houston, my wife used to joke that if something wasn’t on the freeway, Westheimer, or Montrose, Conrad didn’t know how to get there.  I could argue that if something weren’t on the freeway, Westheimer, or Montrose, then you didn’t need to get there, but nonetheless, if I had to, I could find my way around town as nearly every Houston street is laid out on a grid.

But streets in Louisville were laid out, I think, by cows.  Or squirrels.  Or something like that.  There doesn’t seem to be any street that takes you from where you are to where you want to go: you have to go somewhere else first.  You simply cannot navigate by the seat of your pants; for example, taking two right turns is usually equivalent to taking three.  I’ve been here eleven years and still cannot reliably find my way around.

I have recently found a handy Python library that shows this problem quite clearly.  Here is a plot of Chicago streets by their orientation.  You can see how nicely nearly every street lines up on a north-south grid.  Given an address in Chicago, it is straightforward (so to speak) to figure out how to get there.

Here is the plot of Houston streets.  You can see the downtown street grid is a little off north-south, but still, most streets adhere to a orthogonal grid.

Now, here is what you get when streets are paved higgedly-piggedly.  Little rhyme or reason.

This entry was posted in News from Louisville, Things you may find interesting. Bookmark the permalink.