Another year, another trip to the Kentucky State Fair. 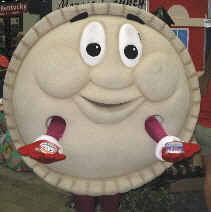 We went through the “Pride of the Counties”, where almost every county in Kentucky has a tourism booth set up.  We discovered that Smuckers Uncrustables are manufactured in Kentucky. 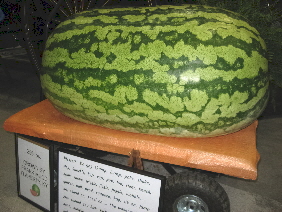 One county had a huge watermelon. 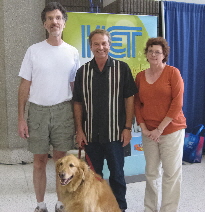 We got to meet Dave Shuffett and his dog Toby, the stars of Kentucky Life, a public TV show that has been invaluable to introducing and orienting us to our adopted state. I was starstruck. Dave seemed a little nonplussed at my enthusiasm, but graciously arranged for this photo. 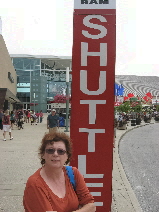 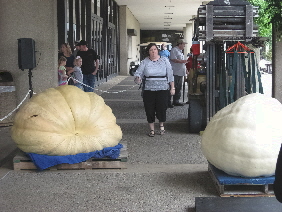 On the way, we passed the judging for Kentucky’s largest pumpkin. 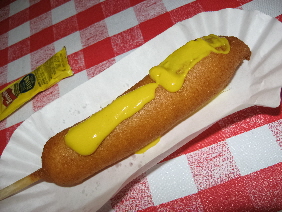 Then we got behind a group of rabbit raisers (rabbit judging was tomorrow) who apparently had never ordered food before, or didn’t know what a corn dog was, or something. After a lengthy delay, one of the cooks in the trailer called us over to the side and took our order. He couldn’t understand what was so complicated about ordering corn dogs, either. But the corn dog was delicious; you can’t get a better corn dog anywhere than the Kentucky Corn Producers trailer (these are freshly hand-dipped corn dogs, not the frozen Cisco corn dogs that they sell on the midway). 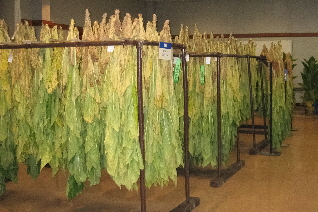 Now refreshed, we returned to the displays of the State Fair. We saw hundreds and hundreds of rabbits. We watched goat judging. Although tobacco is not the crop in Kentucky that it was a generation ago, we saw (and smelled) the crop competing for ribbons. 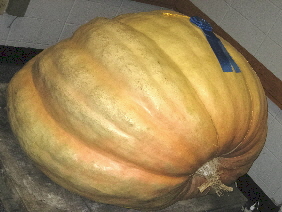 We saw the pumpkin that ended up winning the contest. 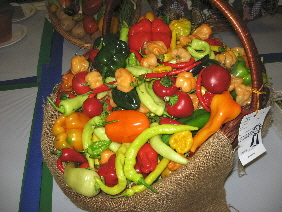 We saw beautiful displays of produce, like this basket of peppers. 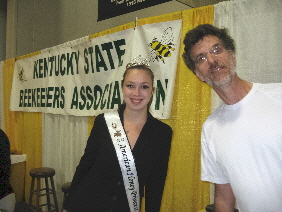 I got to meet the 2012 American Honey Princess. 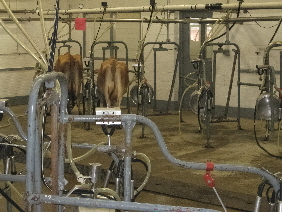 We saw dairy cows and where they milk them. 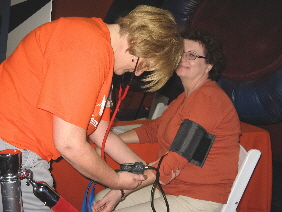 We went to the health exhibits. Here we see CVH getting her blood pressure checked before we entered the giant heart model. 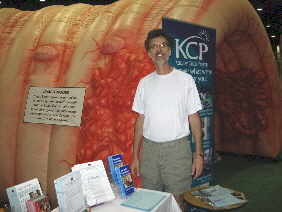 Me and the giant colon

Here I am by the giant colon.

We bought fudge and knives, and said hello to people we knew. I even got CVH to go up on the ferris wheel. We had a wonderful time at the fair.
This entry was posted in Food & Eats, News from Louisville. Bookmark the permalink.