A last day of vacation

We arose to face a rainy morning in the Windy City.  I ate the leftovers from the Vietnamese restaurant. After reviewing our options, we decided to take a cab to the Art Institute.  Turns out that the Art Institute is a very popular place on rainy mornings.  I suspect bad weather is directly responsible for much of their funding.  That could be an interesting science fair project – study art museums in the bad winter parts of the country and compare them to museums in the sun belt.  But I digress. 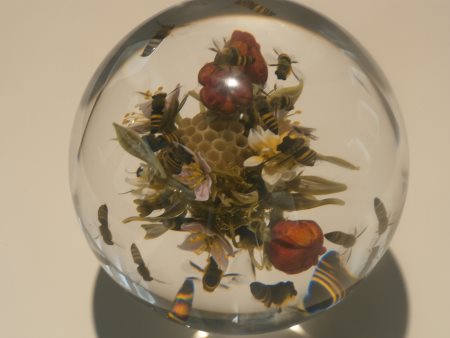 The museum has a fascinating collection of paperweights that I had never noticed before.  My photo above doesn’t do this one justice; it consists of honeybees, comb, and flowers all floating in a glass orb.  I can’t imagine how the artist was able to put it together, or how many he had to throw away before getting this one.  Perhaps this professional photo (, er, courtesy of CBS News) will give you more perspective: 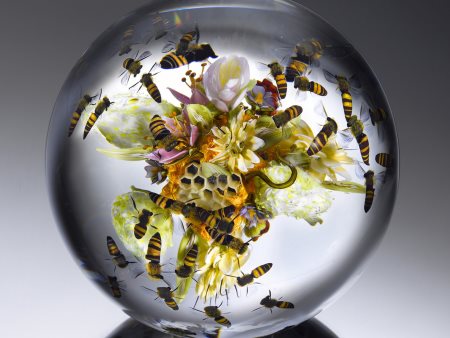 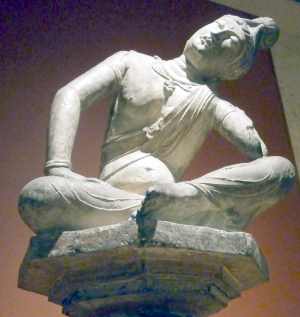 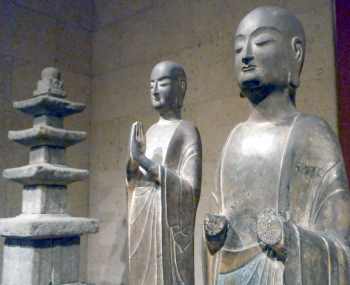 Some ancient Bodhisattvas and monks greeted us as we entered the main section of the museum. 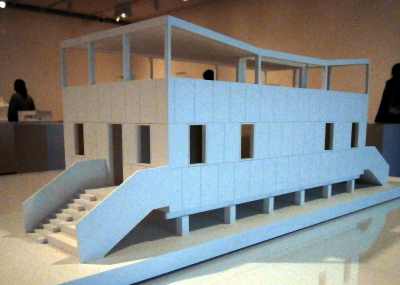 The special exhibition was on the architect David Adjaye.  I especially liked his design for an updated Louisiana Gulf coast bungalow.  The traditional porch is replaced by a rooftop porch, which also shades the rest of the house.

By the time we left the museum, it had stopped raining. We walked to Pizzeria Uno and had a Chicago-style pizza. After stuffing ourselves there, we took the Red Line south a couple of stops to the Palmer House, where we ducked in for dessert. We had the Bertha’s Brownie.

Seems that Mr Palmer built the original Palmer House as a wedding present for his wife Bertha. It was finished just in time to be burnt to the ground by the Great Chicago Fire less than two weeks later. But Bertha soldiered on, and during the Columbian Exposition of 1893, this brownie was developed by the hotel kitchen (the Palmer House had been rebuilt) in response to Bertha’s request for a portable dessert that fair-goers could enjoy in their boxed lunch. Or so we heard. Then it was time to head to the airport.

We picked up our bags back at the hotel and asked for a cab to the airport.

“Which airport?” the bellman asked.

“Yes; the Hobby of Chicago,” I sheepishly mumbled.