The thermostat on the old oven died, and instead of spending $150 to repair it, we decided to buy a new oven for $2000!  It’s nice and shiny: 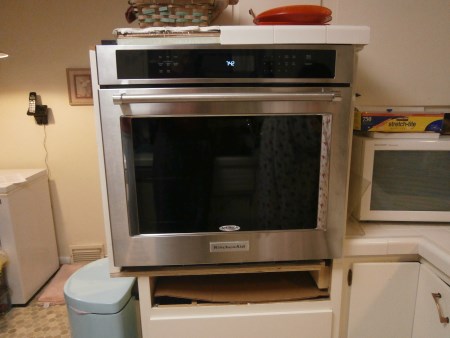 But it was a bigger than the old oven, as you can see.  I had to tear out the drawers underneath.  This left the drawer directly underneath where those used to be exposed on the top and the cat could jump in.  No problem!  I just stuck a piece of cardboard in the hole! 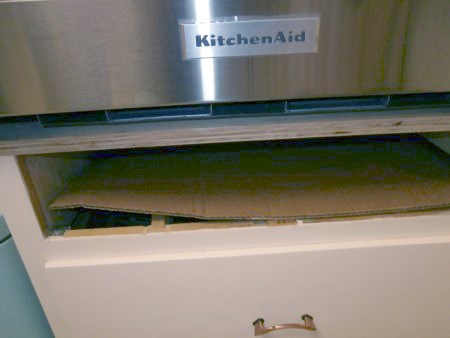 The new oven is a little wider, too, but I remember learning about cantilever in The How and Why Book of Building my parents got me in the first grade. 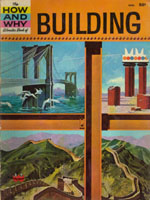 So it was easy to do that with a piece of scrap plywood here (after sawing down the old cabinet wall level): 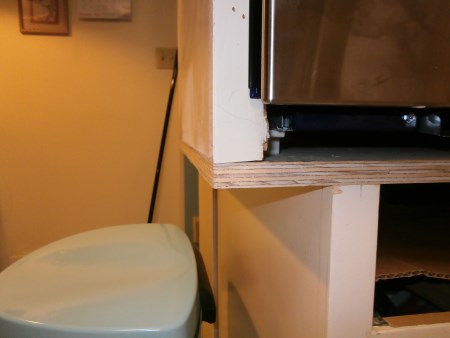 Now all this activity did damage the tiling along the top a little, but you have to be willing to break a few eggs to make an omelet: 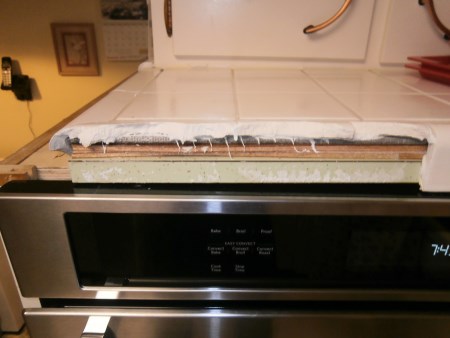 An unexpected side benefit, or lagniappe, was that the wider top of the oven gives the cat a little ledge to perch on now (couldn’t get a picture of her up there; you’ll have to take my word for it): 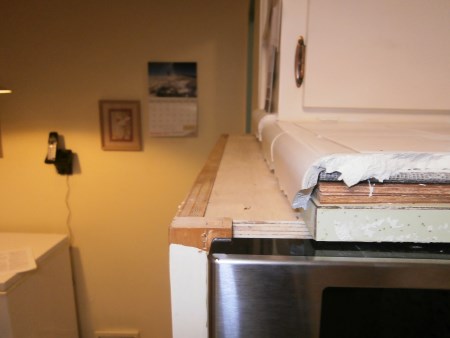 So now my wife is back barefoot and baking in her kitchen again!

Some guys from the D-I-Y cable channel called and expressed an interest in this when I showed them these pictures.  Said they were thinking about doing a series on guys like me and their projects.  Wouldn’t tell me the title of the series, though.

Of course, there’s a lot more to this story to help explain all this, but if I told you that it wouldn’t be half as funny.