This morning we made a trip to the farmer’s market on Bardstown; it was crowded and I don’t know why. This early in the season there isn’t anything more than there was last month, mostly frozen meats, potatoes, cold season greens, that sort of thing, but there had to be three times as many people there. 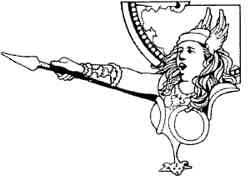 Well, for whatever reason they were there, we left and went to the big Louisville Free Public Library downtown.  We hadn’t been in a long time, not since the flood caused so much damage there, and we got a bit carried away, checking out more books than we can possibly read in the time alloted for lending.  But the best part was their selection of opera on CD and DVD.  I was able to get a copy of John Adams’ Doctor Atomic, a well-regarded work that is not very likely to be staged here in our fair town anytime soon.  Nor does it have anything to do with the clipart Wagnerian diva depicted here.

I was rather disappointed to see that although the library had at least five books on making your own dog food, the only biography they had of George Rogers Clark was a slim volume for small children.  General Clark, as previously noted in these web pages, is considered the founder of Louisville (yes, the settlers who were already here might take exception to that, but they didn’t kick out the British) and he deserves better representation. Perhaps I should write a book myself.

On the way home, we drove by a little place called Pita Delites.  CVH took a sudden and intense interest in this restaurant, so we found a place to park and hiked in.  The waitress looked healthy (although a little out of place with her red hair and fair skin), and the cooks authentic so it seemed like a good bet.  Sure enough, we were quite pleased with our lunch.  The mujadara was perfectly spiced, the lamb shish super juicy and the tzatziki thick and rich.  Reminded us of Niko Niko’s in Houston.  And just like Niko Niko’s, although it was all fresh and well prepared, this was not low fat.  The waitress humourously and accurately referred to the delicious spanikopita as “spinach baklava”.

This entry was posted in Food & Eats, News from Louisville. Bookmark the permalink.