Either they think I am becoming a great customer or I’m planning a major caper.

Two days after the flooring people finally “finished” the installation (including knocking a huge hole in our entertainment cabinet – “I don’t know how that happened, sir”), I noticed water pooling in the bathroom (next to the new vanity I talked about in “Home Renovations – Part 2”).  Figuring I had bungled the faucet installation, I spent about half an hour squeezed into that tiny space trying to figure out what I had done wrong.  Finally I noticed the water was coming from the commode instead.  Not the wall valve.  Not the connection to the wall valve.  Not the connection from the valve to the tank.  Not the washer between the tank and the bowl.  No, somehow those clowns managed to crack the tank itself and create a slow drip. 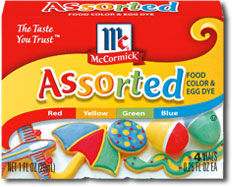 By the way, I can save you a trip to Kroger and four dollars – food coloring comes in a gel now, not a liquid, which is entirely unsuitable for tracking toilet leaks.  Unless, I suppose, you bought about eighty dollars worth of the stuff.

I could call the floor covering company back and complain, and maybe they’d be willing to help install a new one, but I really didn’t want them in my house again.  What else would they tear up?  So it’s back to Lowe’s to pick out a replacement. 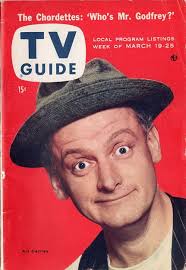 Well, we enjoyed our new floors and freshly painted walls (if not being able to use the toilet) for one week.  One week.  Fifty-five hundred dollars for one week.  We could have spent the week at The Plaza and come out ahead.  Then the sewer drain backed up while CVH was running a load of laundry.  The plumbers arrived, and proceeded to track the mess out of the laundry room all across the first floor and up the walls.  After two days, they still couldn’t find the problem (Thank God for the shower rooms down at our local YMCA), and they told me to call the city sewer department and have them check their side.  The sewer guys showed up in two hours (!) with trucks loaded with all kinds of equipment that the poor plumber did not have access to: motorized cameras, sonar, etc.  It took them only about fifteen minutes to pinpoint the location of the problem (the dogwood in the front yard had decided to seek extra nutrition in our drain pipe).  I tell you, those guys were great.  It was like having Ed Norton himself come work on your sewer.  They had me in stitches the whole time.  Who would have guessed that sewer workers enjoyed their job so much?  Everyone should be so blessed.

So now, having a green flag in my yard, I call the plumbers back and they fix the issue in half an hour.  Showers, clothes washing, dishwasher, all those things you tend to take for granted are now back on line.  But there’s still the issue of cleaning off all that grime…and I still have to replace the commode.

This entry was posted in News from Louisville, The Modern Condition. Bookmark the permalink.