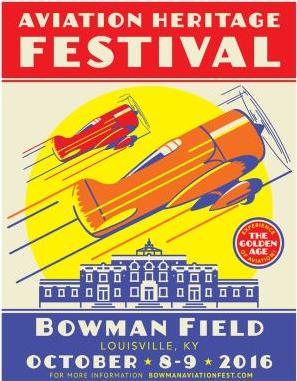 Today we went to the Aviation Heritage Festival at our neighborhood airport, Bowman Field.  As I have mentioned before, it’s a historic airport (hence the “Heritage” part of the title, I guess); the oldest continuously operating airport in the U.S.  It was also a huge hub of activity in the late thirties and forties.

Some of that activity was relived today when dozens of historic aircraft were on display.

There was the beautiful Flagship Detroit DC-3, which I had seen before, 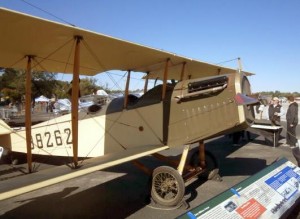 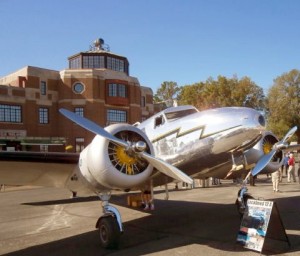 a stunning Lockheed 12A Electra Junior (fastest airplane in the sky when it debuted in 1936), and one of seventy built, 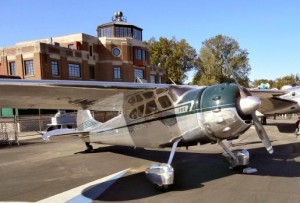 another really cool airplane of the era which make and model I neglected to make note of, 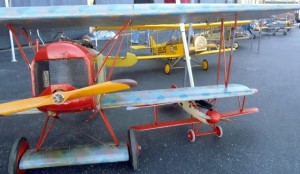 a number of RC planes, 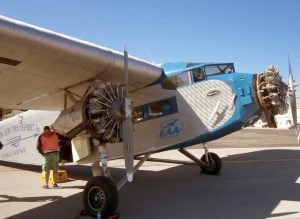 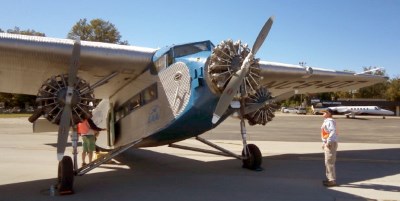 and a Ford Tri-Motor, with its corrugated skin.

I got to fly in the Tri-Motor. It was billed as the very aircraft that Neil Armstrong first flew on (at the age of five).
Here it is, coming in to the terminal. 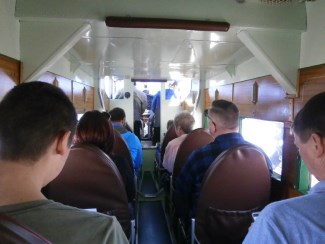 We all get on board.

As we approached downtown Louisville, and I looked out the window past the landing strut and radial engine and saw the modern skyline, I couldn’t shake the creepy feeling that I was in a version of that Twilight Zone episode “The Odyssey of Flight 33”.

The flight had its pluses and minuses. First of all, I didn’t have to deal with the TSA, so there was no x-ray, taking shoes off, etc. The seats were incredibly comfortable (especially compared to what you get on airlines today): cushy, and with more head, leg and shoulder room than even I could use up.

However, the three huge radial engines were loud, and some of the exhaust spewed back into the cabin. And the winds buffeted the plane around; it wasn’t bad on our short demo flight, but would bring up your lunch after a couple of hours, I think, and there is no toilet. But then, there’s no food or beverage service, either.