The Birthplace of Texas 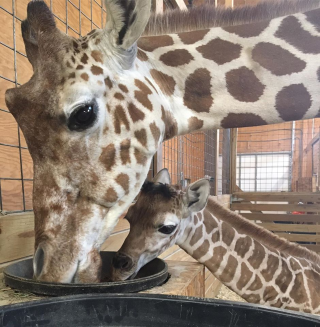 Saturday morning we got up and watched the live birth of the giraffe on the internet.  “What kind of giraffe is that?” CVH asked me.  “I think it’s a Rothschild’s”.  CVH found it very exciting to watch.

After the big event, we decided to relive some Texas history.  We were staying in Deer Park, a block away from a replica of the cabin in which Sam Houston and Santa Anna signed the initial treaties after the Battle of San Jacinto, establishing the Republic of Texas.

Here the kids are posing in front of the cabin. 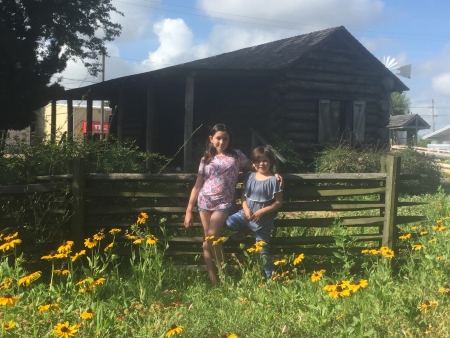 We then went up the road to the San Jacinto Monument.  They’ve expanded the museum inside quite a bit since I had last visited.

There’s a famous painting of Santa Anna being brought to Sam Houston after the battle to surrender.  It hangs in the Texas State Capitol.  The man at the far right in the painting is John Milton Swisher.  He and his uncle Henry Swisher fought at the battle. 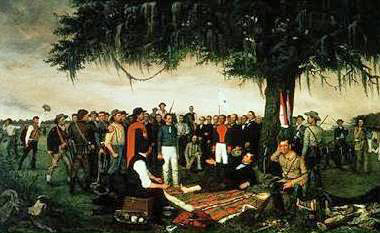 I am descended from a line of Texas Swishers on my mother’s side.  The family legend is that we have relatives who fought at the battle.  I don’t know if it’s true or not, but it’s our family legend.

Here are the grandkids outside the monument, with the Battleship Texas in the background. 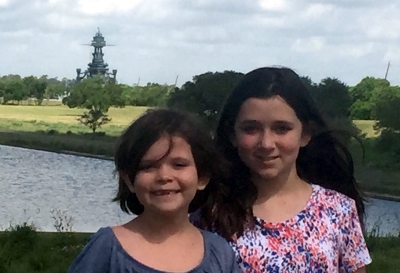 We visited Sylvan Beach and had dinner at the Main 101 Grill and Bar in La Porte.  Their spinach pizza is delicious.  That evening I was relaxing in the whirlpool at the hotel and my wife told me I looked like one of those people in the hotel brochure – sunglasses, big smile, pasty white skin.